The APM Board are responsible for the day to day management of the APM’s business. The Committee maintains accountability and provides an overview, determines the conditions of membership, arranges general meetings and study days and negotiates, on behalf of the APM, with outside bodies. 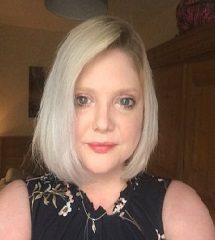 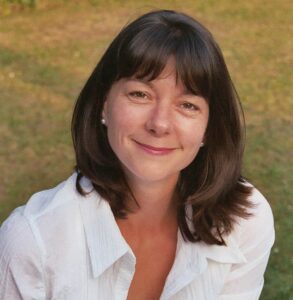 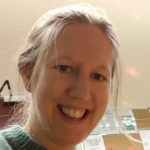 Trainee’s Committee
Who Represents you

The APM is keen to let members know who is representing them … and what they do. Over the coming months, in our Who represents you? series, we will be sharing our role profiles – who the people are, what’s their role, what do they do for the APM and, more importantly, what do they do for you? 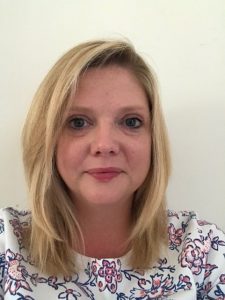 Due to exceptional and unforeseen personal and professional circumstances, Amy has decided to step back from her operational role as APM President. She does this with great regret and much soul-searching, but recognising that this is for the best of the APM as an organisation. She will formally demit as APM President at the AGM in March 2023.

We are incredibly grateful for the enormous contribution that Amy has made to the APM for many years in the executive, as Honorary Secretary, Vice President and then President. She has given herself to the role wholeheartedly and with passion, and we salute her courage in recognising the need to step back, both for herself and for the APM.

The APM Vice-President Sarah Cox, with the other APM Officers and the APM Board, will be picking up the work of the President, and will ensure the smooth running of the APM over the next six months. The President role will transition to Sarah Cox at the Association’s AGM being held at the Palliative Care Congress in Edinburgh in March.

Any APM related questions should be directed to our secretariat at office@compleat-online.co.uk. 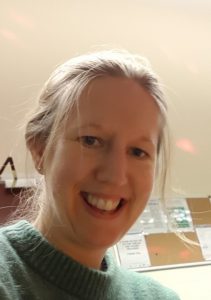 Kirsten is the Honorary Secretary and an Officer of the Association for Palliative Medicine. She was appointed to this role in March 2019.

As a Consultant in Palliative Medicine working in Wigan, Greater Manchester, Kirsten’s time is split 50:50 between the acute Trust and the Hospice where she is responsible for in-patients, and particularly enjoys her role as Clinical Supervisor for trainees.

As a trainee herself she spent five years as Specialty Advisory Committee (SAC) representative on the APM Trainees’ Committee.  She relishes this aspect of her training, giving valuable insight into the role and remit of the SAC as well as the wider APM.  It also helped her to develop the key skills required for committee work and the opportunity to learn from more experienced colleagues.

Having been settled in her Consultant post for a couple of years now, she was again keen to broaden her experience and become more active in the APM which makes her suited to the role of honorary secretary having exceptional organisational skills, a keen eye for detail and the natural ability to have a comprehensive overview of committee work – a characteristic ‘completer-finisher’!

In her personal life she has 3 young children so when not working she enjoys running around after them and trying to achieve the ever elusive uninterrupted sleep!

Sarah is the Vice President of the Association for Palliative Medicine. She was appointed to this role in March 2021 after serving as a member of the Board since 2019.

Sarah trained in medicine in London then specialised in Palliative Medicine being appointed to a new consultant post at Royal Trinity Hospice and Chelsea and Westminster Hospital in 1998. Since March 2020 she has worked in the acute sector at Chelsea and Westminster Hospital as a Palliative Medicine Consultant and as Lead Medical Examiner. She is also an honorary Senior Lecturer at Imperial College London and an honorary consultant at Royal Hospital Chelsea (for the Chelsea Pensioners).

Achievements in leadership roles include having the RCP recognise Palliative Medicine as one of the 12 largest medical specialties with a seat on RCP Council. In her role as chair of the RMP Palliative Care Group across West London she led on standards for coordination of EOL in the community and seven day Specialist Palliative Care services. Sarah led the work of the APM Professional Standards Committee (2013-2019) including the annual FAMCARE audit.

In applying for the APM VP role, Sarah recognised that “Palliative Care has been at the centre of so much that has happened over the past year, and we have shown how much we have to contribute. We have achieved an enormous amount for such a young specialty but there is still so much we need to do.

Sarah is a keen but average tennis player and has spent most of her down time over the past year watching trashy TV to relax. 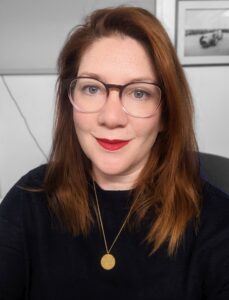 Natasha took up her post at the beginning of October 2022. Natasha is a Palliative Medicine consultant at Great Western Hospitals NHS Foundation Trust.

She has a very impressive leadership portfolio including chairing the EOL guidelines and medicines group for the Integrated Care Board covering 1 million population and leading on their Digital EOL group; chairing the regional Palliative Partnership Working group, and leading an education programme for paramedics across the South West of England.

In her Trust she has built a palliative care team from scratch, established and chairs the trust clinical ethics committee and created and maintained a healthy departmental budget and charitable funds.

Natasha replaces Derek Willis who has been a star in the role, supporting membership to grow by measures such as including access to the Palliative Care Formulary for many members. We have every expectation that Natasha will shine as our APM Treasurer. Thankfully the APM finances are in a better place than the governments and the handover should be less bumpy than for Kwasi to Jeremy.

Natasha lives in the UK’s first eco village in Oxfordshire with her husband and children aged 5 and 2.

Natasha says “I am really looking forward to taking this role on – yes there are big shoes to fill but also an opportunity for fresh eyes and new ideas. Thank you to Derek for such a stellar job and your patience with my many questions”

Join APM to receive a host of benefits. Register below today. Already a member? Log in above.

As an APM member you should receive regular communications including the Bi-Monthly Bulletin.  Please make sure your IT department ‘safelist’ the following email address to stay up to date with recent news:

Could you please also ensure that you inform the APM if your email address changes.

REGISTER FOR THIS SITE